Written by Giancarlo Massaro
Updated over a week ago

This feature is only available on the Premium Plan and higher.

Our Multiple Languages feature allows you to create one promotion and translate it into several different languages. The benefit of this feature is that you do not need to create separate promotions for each language you want to run it in. Each language you create will appear in a drop down menu at the top of your promotion, and users can simply switch the language of the promotion to their native language. 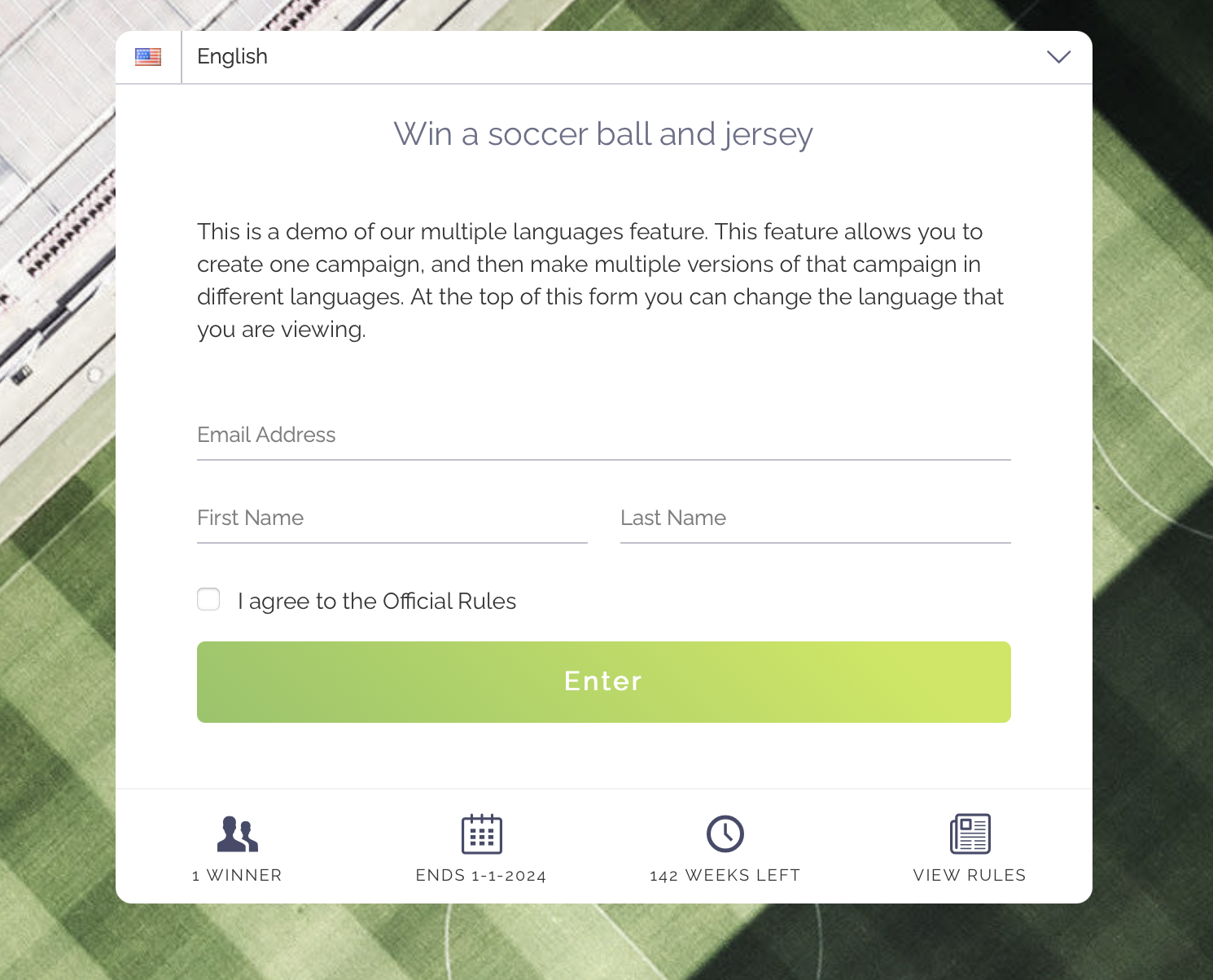 To add a language, you must first ensure that your promotion is fully setup and no further changes need to be made. Then you'll go to to More > Add Language.

If you would like to set a default language on the entry form that appears on every page you embed it on, simply click and drag the language to the top on your promotion.

Force a default language via URL

If you're running a promotion in several different languages and want to use separate URLs to link users to the correct language, you simply need to get the ID of the language and append it to the URL like this:

To get this ID, simply click edit on the language, and in the address field you will see the ID you need to use.

Force a default language on pageload

To do this, simply include the below script directly above the code snippet for your promotion on the pages you embedded it on.

13875 is the variable that needs to be changed here, to correspond with the proper ID of the language you want to have appear.

To get this ID, simply click edit on the language, and in the address field you will see the ID you need to use.

If you have any further questions, please start a Chat. Just "Click" on the chat icon in the lower right corner to talk with our support team.

Did this answer your question?